Paris is enormously rich in architecture, in history, in culture. At each corner of the city, just by investigating the shape of the building, or windows, or capitals (the superior part of a colon), one could tell the story of this quarter, of this street. And the soul of the city lies on each of these building blocks. Walking around the city, at some particular moments of one’s life in a particular street, she/he might find a resonance, a connection between her/his soul to that of the city. And she/he falls in love with the place. This has happened with me many times, and three of which are in the following places: 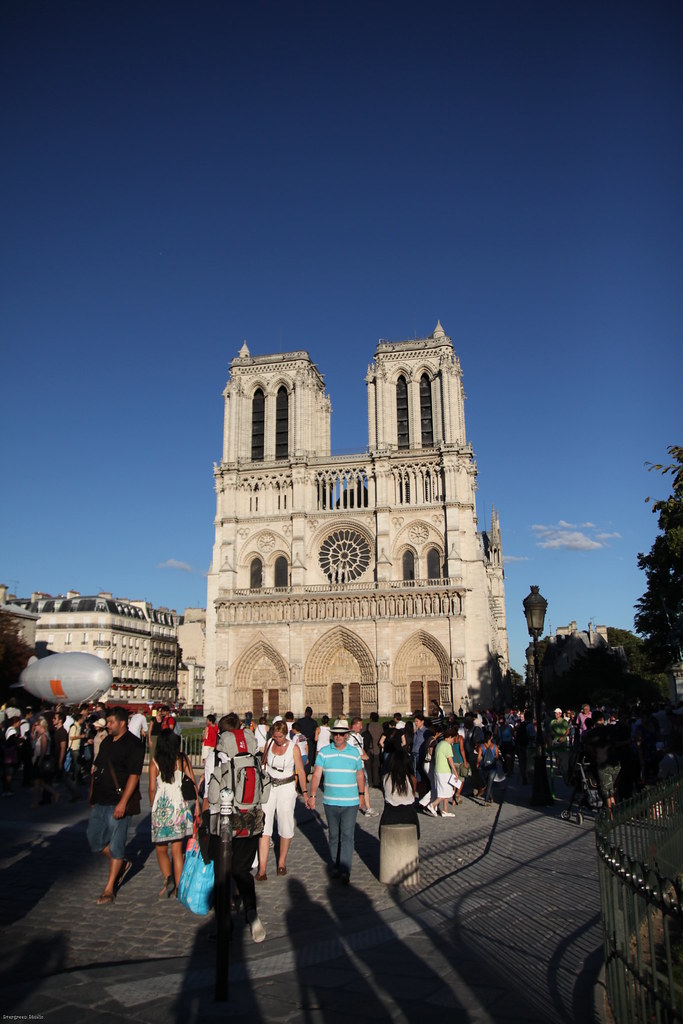 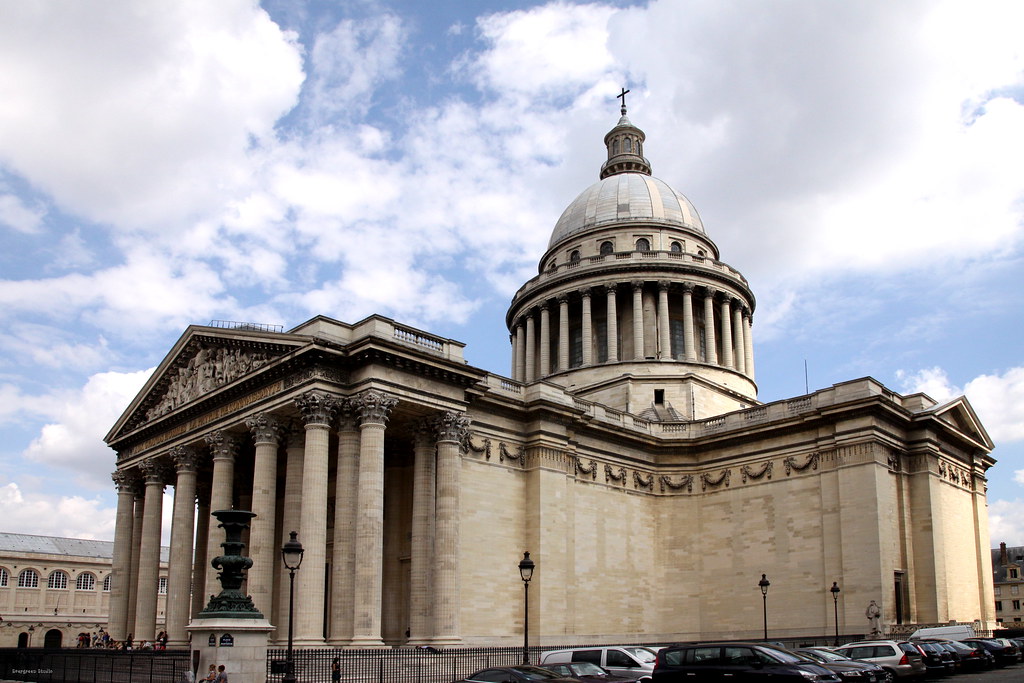 During my student life in Paris, I lived in rue de Rollin , a quite street in Quartier Latin, and used to take a walk to my friend’s house at rue de Saint Jacques every night, just to have this sensational feeling: coming from Saint Jacques, passing through the labyrinth of the 5e arrondissement, suddenly when entering rue d’Ulm and finding on the left the Dome of Pantheon. And feeling has not been altered even years have passed.

I In the picture above, the library of University of Sorbonne can also be seen on the back plan. 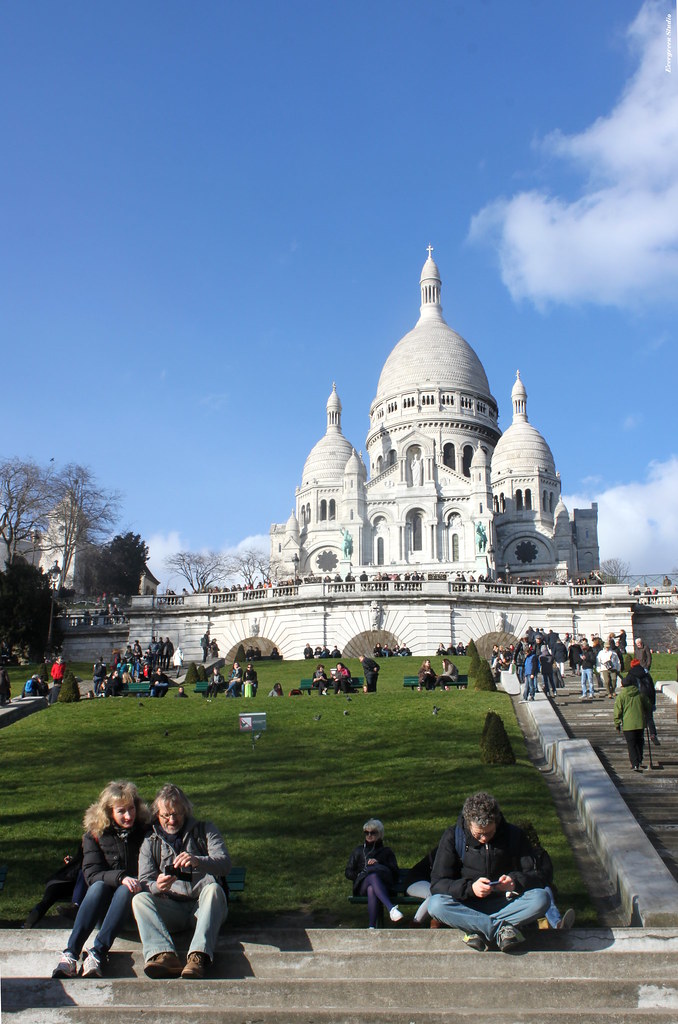 Sacre-Coeur is the newest among these three. My feeling for Sacre-Coeur is complicated. I felt in love with the basilica immediately when I saw it: a proud, grandiose monument overseeing Paris with a panoramic view. I learned later from Mr. Henri Guillemin that Sacre-Coeur was the sign of revenge over an ill-fated revolution, la Commune. It is surprising that the square in front of Sacre-Coeur was named “Louise Michel”. Neither God nor Louise Michel would agree with such ironic arrangement if they were asked. Ever since, each time walking at Montmartre and watching Sacre-Coeur, I cannot help thinking of this story. The feeling of an innocent guy contemplating a rare beauty, but also by being bothered by her not-so-perfect hidden past. Nevertheless, Montmartre is too beautiful to be ignored, and Sacre-Coeur is still my favorite place for taking a stroll in a sunny spring day.

#Note: This article belongs to the Trilogy series. In each article of the series, three photos are used to illustrated a country or a city that I have visited, based on their quality and on the story that they tell. I fully understand that this idea is on the edge of being ridiculous, for it is impossible neither to generalize the nature of a city and a country based on my humble and limited experience, nor reduce the their rich characters into three, the series is here to give a very personal opinion on the places that I have been to, and that I love. And in the hope of being useful.